Defending Champion and World No.1 @NovakDjokovic started his #USOpen campaign on a shaky note struggling to get past his low ranked opponent in tough sets. Trying to shrug off his @Rio2016 #Olympics disappointment, he will have a point to prove in the year's final grand slam.

#RafaNadal started steadily and will look to build on the #Rio2016 experience to build form and strength for the upcoming 2017 season.

#RogerFederer and #AndyMurray will open their campaigns and hope to sail through the initial rounds.

In the women's draw, #Serena will look to extend her grand slam run to 23 slams and etch her legend further! Dont see too many troubling her unless she wilts under her own pressure. 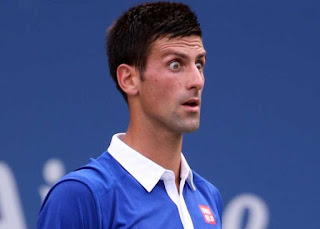 Contributed By: Amod Inamdar at 21:08 No comments: