Huge games upfront to decide positions in their group.
Bigger excitement awaits in Mar 2015 but book your schedules for these games. They're gonna be one hella exciting stuff, especially the Aus/Eng and Ind/Pak games are massive from viewership and rivalry based! 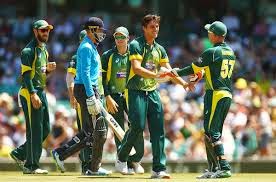 Eng v Aus is legendary although Aus have always had an upper hand most of the time. In the current context too, the Aussies look too powerful for the Englishmen. Its just that being #MCG and timeless rivalry will make the atmosphere quick electrifying.
Punches will be exchanged but mostly it seems that the Aussies will end up on top in that game!

Ind v Pak is for the generations! 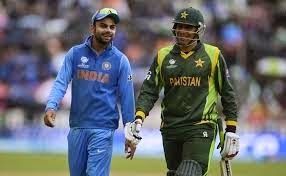 Traditional rivals all these years and players' careers depend on outcome of these games. Such is the intensity!

Surprisingly, all all world cup meetings till date, India have been victorius. That's an amazing stat considering Pak won the cup in 1992 (but lost comfortably to India in a league match). Same in 1999 when they reached semifinals at the world cup but lost to India. They were comprehensively beaten in 1996 quarter finals (another electric game though) and 2011 semi finals. The two teams did not meet each other in the 1975, 1979 and 2007 (both teams were ousted in the first round itself).

Whatever the results, the needle and pressure in an Ind v Pak game is amazing.
Promises to be another mouth watering clash at the Adelaide Oval on 15th Feb 2015. Cant wait to see that match...
Contributed By: Amod Inamdar at 01:09