Will England Be Fourth Time Lucky?

#England teams have been enigmatic over the years.

They reached 3 Finals in the first 5 editions of the Cricket World Cup, losing on all three occasions
(to West Indies in 1979, to Australia in 1987 and to Pakistan in 1992). Until then, they were a very powerful force to reckon with in one dayers.

The advent of modern day cricket (pinch hitting, powerplays, etc) seemed to derail them completely from the format. Add to that key retirements including Ian Botham, Graham Gooch. Mike Gatting, Robin Smith, etc and their downfall happened pretty sharply over the years.

1996 saw them blown away by a rampaging Jayasuriya in the quarter finals
In 1999, they couldnt reach the #SuperSixes stage (in their home World Cup)
Repeat poor performances in 2003 (South Africa), 2007 (West Indies) and 2011 (India) indicated a big down-slide of this side.

However, with fresh new talent coming in, they have slowly crept up the ladder to top of the tree by 2012. Excellent combination of batting. bowling and all round ability led them to dominate both test and one day cricket for a while.

So, how does it look for them at the 2015 Cricket World Cup?
The team looks settled but low on pure skills. 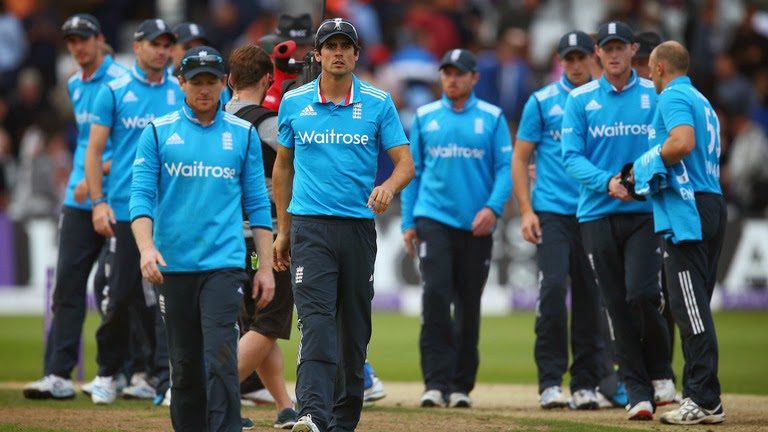 Bowling:
Definitely their biggest strength especially with Anderson and Finn leading that attack. Spin is a worry since retirement of Graeme Swann.

All Round Ability:
Broad, Ali, Bopara should do well to contribute with either bat or ball.

All in all, they need to play well above their potential and ability to win this world cup.
All the best #Poms!